Customs throughout the year in Norway

Norway is a country filled with interesting culture and history. There are many famous Norwegian events celebrated throughout the year. Below we bring you the most popular Norwegian festivals.

For starters, we want to introduce you to Bergenfest. Judging by the name, we are sure you have assumed that this festival is being held in Bergen, Norway from June 21-24. But what you didn’t know is that it is a modern music festival celebrated with various concerts throughout Bergen. Many music artists from all over the world come to Bergen to perform.

The next festival in line is Bollywood Fest. It is being held in Oslo, December 7-14. It is a multicultural film event where actors and actresses gather and act, ie, perform at shows that have an emphasis on Indian culture.

How does Extreme Sports Week sound to you? Usually, it is celebrated from June 24 to July 1, in Voss. It’s Sports and Music Celebration Week. You can go paragliding, parachuting, rafting, rafting, kayaking, cycling and much more.

We know what you are thinking of… Which festival is next? The Frozen Waterfall Festival held in Lillehammer, usually in February. Can you believe that musicians hold concerts using ice-made instruments ?! It truly is a wonderful sight for anyone who has the opportunity to attend this fantastic event. The Hell Blues Festival is a unique festival celebrated every September in the Norwegian village of Hell. It takes place in the area around Hell’s train station and focuses on Blues music. The stages are set and only the Blues are performed. In addition to music, there is a wonderful art exhibition.

We would like to introduce metal music lovers to Bergen Metal Festival “Hole in the Sky”. It is a popular music festival celebrated in Bergen from 24 to 27 August. This festival focuses on metal music coming from different musicians and artists.

More interested in Jazz? Visit the Molde Jazz Festival, which takes place in Molde, in July each year. It is known as one of the oldest jazz festivals in Europe and is attended by famous jazz musicians from all over the world.

Did you know that Tromso is one of the best places in the world to look at northern light? Therefore, you should not miss the Troms Northern Lights Festival, from January 26 to February 2. While watching the sky lit by different colors, opera, jazz, chamber music, audio-visual art, and symphony concerts are performed in the background. Every year from June 13 to 17, the Norwegian Short Film Festival takes place in Grimstad. Filmmakers from all over the world are coming together and competing for the best movie. It is also a good place for young film industry students to meet and to learn from each other and well-known, experienced directors, screenwriters.

The most unique festival in Norway, most often held in May in Trondheim, is the Beard and Mustache World Championship. Yes, you read that right. It is a beard and mustache competition where men from all over the world compete in different categories to represent their country. And that’s not all, partial beard, full beard, mustache, natural/false beard.. are just some of the categories in which they compete.

Let’s move on to something more familiar to us. Although Norway is a predominantly Christian country, Christmas was not celebrated until the 11th century. Imagine, before that, people were celebrating yuletides in the middle of winter and drinking beer in honor of the Norse gods, waiting for warmer weather to return. Because of this, until today, Christmas time in Norway is called ” juletide ”. The house is decorated with a creature from mythology – Nisser, who is believed to be a household member and often appears in Christmas fairy tales and is also considered to be some sort of nisse, ie Julenisse. One of the “newer” customs is that almost everyone, every year on Christmas Eve, watches the short film “Dinner for one”.

Romjulen is the period between Christmas and New Year. During this time, shops are usually closed or work part-time and Norwegians and their families are going skiing and sledding. In the end, how do Norwegians celebrate the New Year? As they love and enjoy fireworks, huge fireworks are organized on the street and this is one of Norway’s favorite traditions. They also prepare rice pudding for the New Year and hide only one almond in it. They serve it in small bowls and it is believed that the person who comes across the almond in their pudding will be followed by luck and fortune in the coming year.

What do you think about that? … maybe your lucky almond will mean finding a new job right through us? 😉 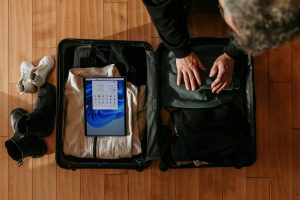 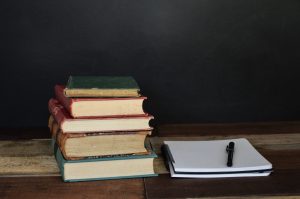 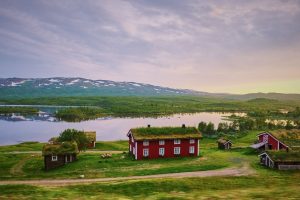